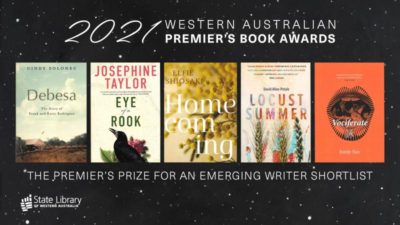 The shortlists for the 2021 Western Australian Premier’s Book Awards have been announced.

Daisy Utemorrah Award for Unpublished Indigenous Junior and YA Fiction ($15,000 and a publishing contract with Magabala Books)

The WA Premier’s Literary Awards recognise excellence in WA writing, while the Daisy Utemorrah Award is open to Indigenous writers from all states and territories.

For more information on the shortlist, see the State Library of WA website.