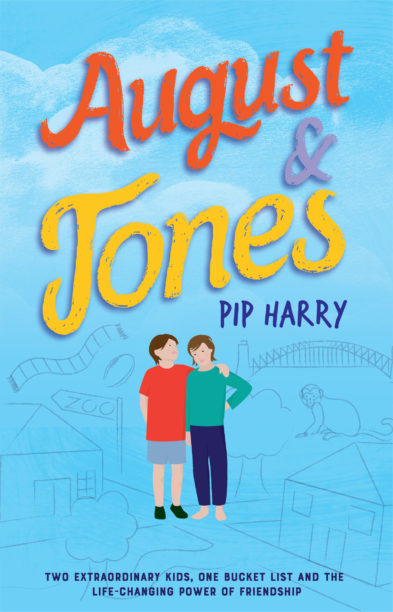 Meet Jones and August: Jones’s family have had to sell their farm and relocate to Sydney because of the drought, while August’s quirky personality means he feels isolated both at school and at home. August is chosen to show Jones around on her first day at Oakwood Primary and the two quickly become firm friends, bonding over their love of nature and running. Not long into the term, Jones experiences blurred vision and headaches, arousing fears that the cancer that took her left eye as an infant has returned. Meanwhile, August’s athletic older brother is a lot to live up to, especially when August would rather be listening to pop music and knitting with his sister—to the embarrassment of his football-mad father. Getting through the rest of the year will require a lot of trust and strength from these young characters. Pip Harry’s first middle-grade novel, The Little Wave, won awards from the CBCA and Speech Pathology Australia. Inspired by the friendship between two children in Victoria, Harry returns with this big-hearted story about friendship and resilience. August and Jones face many challenges in this novel—illness, family separation, bullying—but together, they support each other and achieve great things. Harry alternates between their perspectives, and her genuine affection and care for each character is incredibly moving, especially combined with a simple writing style. Anyone 10 and up who enjoyed Wonder or Sick Bay will fall in love with August & Jones.

Annie Waters sells books, writes about books and podcasts about books. She speaks to Pip Harry about August & Jones here.