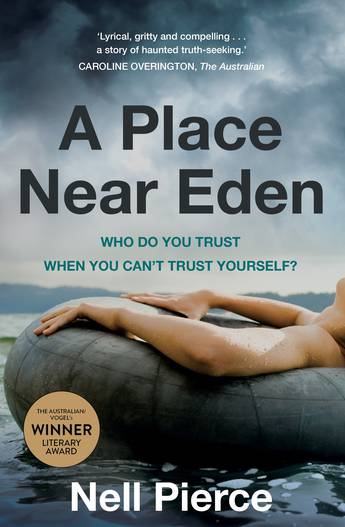 A Place Near Eden by Melbourne writer Nell Pierce has won this year’s $20,000 Australian/Vogel’s Literary Award, for an unpublished manuscript by an author under the age of 35.

Described by the publisher Allen & Unwin as ‘part absorbing mystery, part riveting family drama’, A Place Near Eden explores themes of truth and memory. The question of how we can know the truth of our own lives troubles Matilda as she looks back on her time with her foster brother, Sem, remembering him disappearing for hours, then days, and then a car coming to take Sem away.

Five years later, Matilda lives in Melbourne with her mother and Sem is now a memory she has locked away, until, at a party, she reconnects with childhood neighbour Celeste and then Sem. Celeste and Matilda move out to the coast near Eden to house-sit. Sem follows, but as the long summer drags on, the atmosphere in the house becomes claustrophobic. When Sem starts disappearing again, Matilda finds herself on unsteady ground, haunted by their past.

Now in its 42nd year, the Australian/Vogel’s prize has launched the career of Australian authors Tim Winton and Kate Grenville among others. In 2021 the prize was awarded to Now That I See You by Canberra author Emma Batchelor.