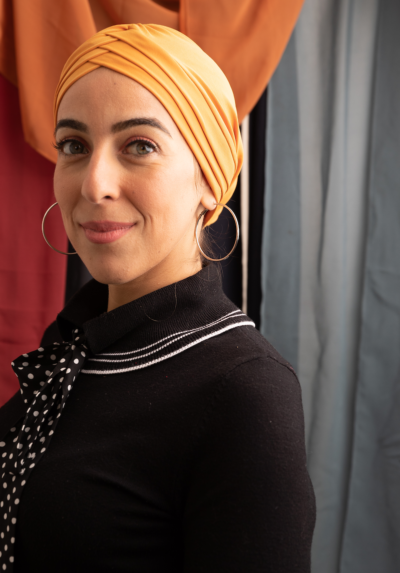 Described by the publisher as an urgent, timely and universal collection, the book examines and represents the complexity of Arab-Australian Muslim women’s identities through the exploration of gender and power dynamics, intergenerational trauma and transformation, and dislocation and relocation.

Saleh is a human rights campaigner, poet and writer. She co-edited the anthology Arab-Australian-Other: Stories on race and identity (Picador), and is currently developing her first novel, Songs for the Dead and the Living, as the recipient of the inaugural Affirm Press Mentorship for Writers. Saleh is the first and only poet in Australian history to win both the Australian Book Review Peter Porter Poetry Prize and the Overland Judith Wright Poetry Prize.

‘The poems in The Flirtation of Girls are a series of conversations, revelations, and meditations between the women in my family, women who have always been at the forefront of our resistance to colonial and patriarchal violence; is an archival and contemporary exploration of their relationships with each other and with wider society, both a reimagining and a retrieval of what was lost, through their “small” acts of disobedience, and their contradictions and griefs,’ said Saleh.

‘While this manuscript evokes perspectives and geographies that are specific to Arab-Australian immigrant identities, I’ve written it for all those who, like me, straddle both a home, and a homeland. It’s a great honour to release this work into the world with UQP and join the long line of incredible and important poets that have come before. I hope this debut makes them proud.’

Of the acquisition, publisher Aviva Tuffield said: ‘It is such an honour to be publishing Sara M Saleh’s first collection. She is a writer and poet who I have long admired—and her work has rightly received unprecedented recognition in recent years, winning two of this country’s leading poetry prizes. The Flirtation of Girls showcases Sara’s exceptional skills with language, imagery and the poetic form. Her poems are acts of resistance, a reclaiming of women’s voices, and also moving testimonies. They have both a specificity and a timeless relevance—not one will leave the reader unmoved or unimpressed.’

The Flirtation of Girls is set to be published in August 2023.