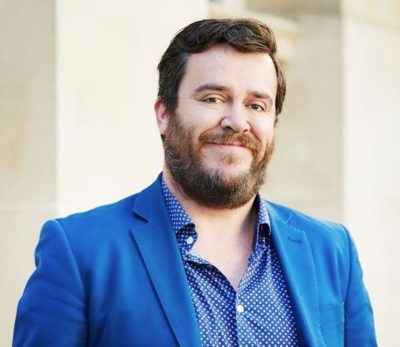 Schwartz Media has announced the appointment of Michael Williams as editor of The Monthly.

Appointed interim artistic director of Sydney Writers’ Festival in late 2020, Williams delivered the festival’s 2021 and 2022 programs, announcing he would step down from the role earlier this year. Previously, he spent over a decade at the Wheeler Centre as the organisation’s founding head of programming in 2009 and then as its director from September 2011. Williams has also contributed writing to newspapers, and worked in radio, broadcasting and in publishing in Australia and New York.

‘Michael is an incredible force,’ Schwartz Media editor-in-chief Erik Jensen said. ‘He has enormous energy and talent and I know he will bring his unique curiosity and feel for writing to the magazine. His work at the Wheeler Centre and the Sydney Writers’ Festival has shown his capacity to lead a vibrant cultural institution, which is what The Monthly is.’

Of his new role, Williams said: ‘Any reader will tell you there’s no greater thrill than discovering a new favourite writer on a topic that matters. In successive jobs I’ve been lucky enough to work with a cavalcade of such writers and experience that thrill. I can’t wait to continue that work at The Monthly, working with our finest writers to not just reflect but shape the cultural and political moment and define the national conversation.’

Williams will work with outgoing editor Nick Feik on the production of the July issue, with the August issue being Williams’ first as editor.

Feik, who leaves the role of editor after eight years, said: ‘I warmly welcome Michael’s appointment, and know that he values the magazine and will nurture its most important assets: its writers and its readers. I’m grateful to my Schwartz colleagues for the opportunities they’ve given me, and can now look forward to the new era.’