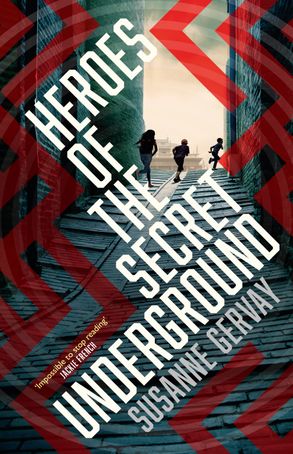 Susanne Gervay has won the Australian and New Zealand division of this year’s Crystal Kite Member Choice Awards, presented by the Society of Children’s Book Writers and Illustrators (SCBWI).

Gervay was awarded the prize for her middle-grade/YA crossover novel Heroes of the Secret Underground (HarperCollins). The novel, a timeslip story inspired by Gervay’s own family in Budapest during the Holocaust, follows three siblings who live in a mysterious hotel in Sydney until they are sent back in time to Budapest in 1944.

The Crystal Kite Awards are peer-given awards presented annually across 15 North American and international divisions for traditionally published books that represent excellence in the field of children’s literature.

The previous winner of the ANZ division was Meg McKinlay, who won the award in both 2021 and 2020.