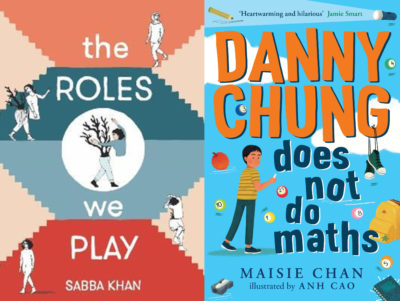 In the UK, the winners of the 2022 Jhalak prizes, which recognise ‘authors who feel that their work is often marginalised unless it fulfils a romantic fetishisation of their cultural heritage’, have been announced.

Sabba Khan won the sixth Jhalak Prize for Book of the Year for her ‘striking’ and ‘impeccable’ debut graphic novel The Roles We Play (Myriad). YA author Maisie Chan won the Jhalak Children’s and Young Adult Prize for her ‘warm and funny’ children’s novel Danny Chung Does Not Do Maths (illus by Anh Cao, Piccadilly Press). They each receive £1000 ($1765).

Prize director Sunny Singh said: ‘This year, the judges have picked two pioneering books that are courageous, full of heart and break new ground for publishing today and open pathways to writers and creatives of colour who shall follow. These are two books for the new literary canon.’

The novels were chosen from shortlists announced in April.