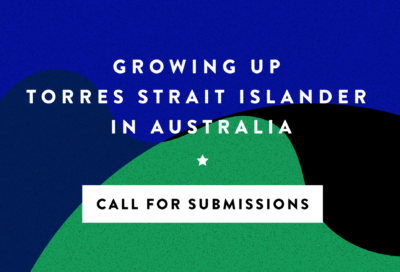 Black Inc. has announced the latest addition to its ‘Growing Up’ nonfiction anthology series, Growing Up Torres Strait Islander in Australia, to be edited by author and public servant Samantha Faulkner.

Submissions are now open for the anthology, which will explore the diverse experiences of growing up Torres Strait Islander in the Torres Strait or in mainland Australia.

‘The Torres Strait is a beautiful place, an island paradise, one of Australia’s hidden treasures,’ says Faulkner. ‘I know there are many stories to be told from there and by Torres Strait Islanders who grew up on the Australian mainland. Join me in this journey and showcase the beauty, ilan style (island style), and gud pasin (good fashion) of our home and peoples so we can reveal our unique culture and its storytelling.’

Growing Up Torres Strait Islander in Australia will be published in 2024.

For more information about the submission process, see the Black Inc. website.