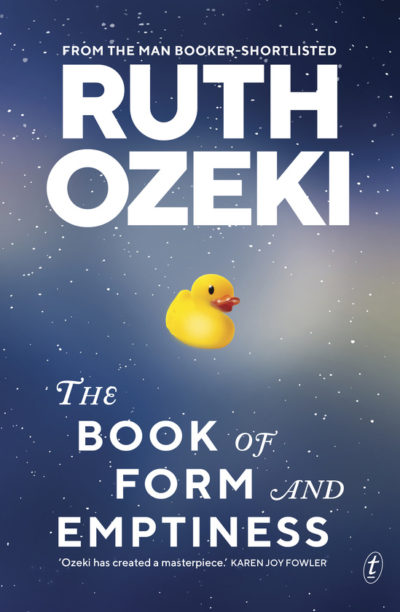 Clarke’s novel tells the story of a 13-year-old boy who, after the death of his father, begins to hear the voices of objects speaking to him. Chair of judges Mary Ann Sieghart said ‘”In an extraordinary year for fiction written by women, and from an incredibly strong shortlist, we were thrilled to choose Ruth Ozeki’s The Book of Form and Emptiness, which stood out for its sparkling writing, warmth, intelligence, humour and poignancy.’

‘A celebration of the power of books and reading, it tackles big issues of life and death, and is a complete joy to read,’ said Sieghart. ‘Ozeki is a truly original and masterful storyteller.’

Ozeki was chosen as winner from a shortlist announced in April, which included Sydney-based Aotearoa New Zealand writer Meg Mason for her novel Sorrow and Bliss (Fourth Estate). The winner’s announcement was made at an in-person awards ceremony in London on 15 June.

The prize is presented annually to the best novel of the year written in English by a woman. UK author Susanna Clarke won last year’s Women’s Prize for Fiction for her novel Piranesi (Bloomsbury).