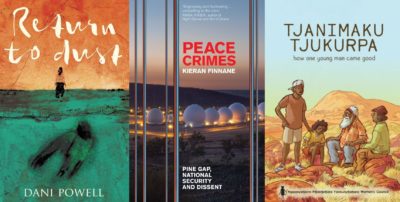 The winners of the 2022 Chief Minister’s NT Book Awards have been announced.

Judges for the 2022 awards Marie Munkara, Leonie Norrington and Leni Shilton noted that the entries this year, in both English and First Nations languages,’tackled a number of substantial topics with great insight … including personal, cultural, environmental and family issues’. The winners were chosen from shortlists announced in May.

The Chief Minister’s NT Book Awards have been running for 10 years. Presented biennially, they ‘shine a light on the talent, originality, and flair’ of writers in the NT and share this with interstate readers.

This year’s winning books were announced at a special event on Wednesday, 22 June on the eve of the NT Writers Festival.