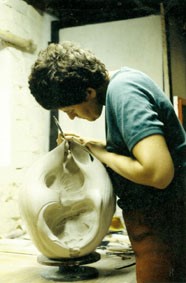 Spinifex Press is saddened by the death of artist, writer and scholar Suzanne Bellamy, who died on 20 June in Braidwood. Suzanne has had a long connection with Spinifex Press through her artwork that graces the covers of seven Spinifex books from 1992 to most recently, 2017, including The Falling Woman and Dark Matters by Susan Hawthorne, My Sister Chaos by Lara Fergus and Remember the Tarantella by Finola Moorhead. Suzanne originally trained as a historian at Macquarie University and her work is imbued with historical references whether it be to archaeology, Chaucer, or the history of the Women’s Liberation Movement.

She launched a number of books between 1993 and 2017, and is co-author of the ekphrasis chapbook Unsettling the Land with Susan Hawthorne, a meditation on drought through poetry and images which was commissioned by Lella Carriddi and exhibited at the Melbourne Writers Festival.

Suzanne was also a literary scholar who regularly presented at the annual Woolf Conferences. Her art is incredible, whether it is the sculptural works in porcelain and clay, whether it was prints or canvases, or indeed her performance works. Her much-loved work The Lost Culture of Women’s Liberation 1969-74, The PreDynastic Phase is available as a video made at the National Library of Australia. It includes many samples of her art.