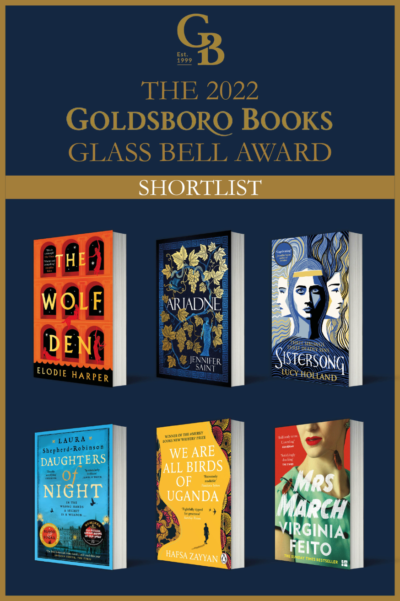 Administered by independent bookshop Goldsboro Books, the Glass Bell Award rewards storytelling in all genres, and is awarded annually to ‘a compelling novel with brilliant characterisation and a distinct voice that is confidently written and assuredly realised’.

Last year’s winner was Clare Whitfield for her historical thriller People of Abandoned Character (Head of Zeus), a take on the Jack the Ripper story.

The winner of the 2022 Glass Bell Award will be announced on 8 September.