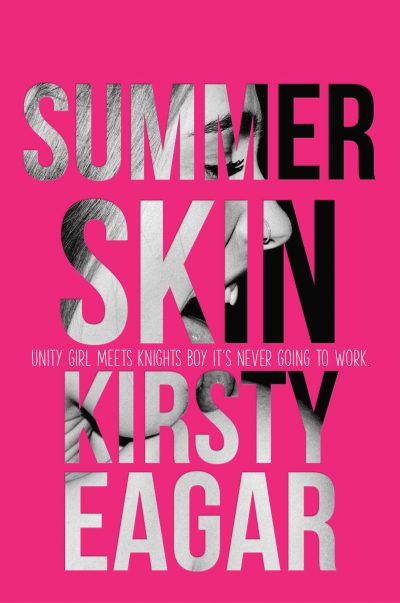 Jess is in her second year at university and living at Unity College. This year there is one rule: no sleeping with the boys from Knights College. Not after what happened last year. Seduce and humiliate, yes. Trust? No way. But Jess’ plan goes a little awry when rugby-playing, ultimate Knights boy Mitch becomes all she can think about. Mitch alternates between being her favourite person to talk to and a sexist arsehole she can barely tolerate, but she can’t help wanting him. A lot. An exploration of sex, power and identity, Summer Skin is YA at its most grown up. It is brutally honest in a way that Australian YA seems to be really good at, and is one of the few YA novels that doesn’t shy away from the messy bits of romance and sex. Kirsty Eagar’s marvellous cast of characters are as flawed as they are endearing, and it is impossible to get to the end without wishing they were your friends. Steamy, sexy and gorgeously written, Summer Skin is a book that all older teens should read for its frank discussion of sex, feminism, relationships and growing up.

Books in the media this weekend: 15–16 January

Sue Whiting on ‘Pearly and Pig and the Great Hairy Beast’