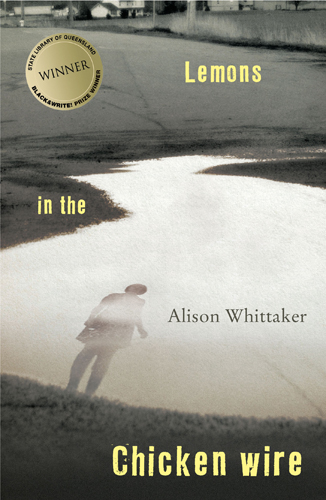 Alison Whittaker is a Gomeroi woman from Gunnedah, who was awarded a black&write! Indigenous Writing Fellowship in 2015. This debut collection of poetry introduces her as a force to be reckoned with. The writing resonates with wordplay, subversion and innuendo; in ‘Bangers/Mash’, a baby is born in the same boiler pot where sausages ‘lift their skins’ and ‘shriek’ at their condition, while ‘O Eureka’ uses academic jargon to take aim at the stand-off between settler and Indigenous law-makers. There is a coming-out story here, too— ‘Scrag Lit’ recalls the first queer book Whittaker scrounged from the library, and ‘Essay, Dissolved’ stars ‘a butch with crude charm’ who smirks at a studious Whittaker grappling with gender theories. Some poems show a consciously cultivated sense of detachment, and are all the more convincing for it. ‘Willi Willi Will I’ observes a small, curly haired schoolgirl who stands in ‘an iron-pressed check uniform’ beside an Indigenous mural that she must Google to understand, while ‘Ext. Int’ consists of four taut, compressed stanzas that hit like a fist. Overall, Whittaker is concerned with family, displacement and love, and how the three interact in her personal and political experience. Her poetry speaks to those who share an interest in redressing the inequalities that undermine the social cohesion of Australia.