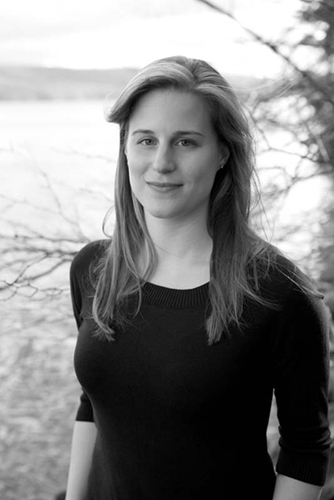 Lauren Groff is the author of Fates and Furies (William Heinemann), a portrait of a marriage told from two points-of-view. She is appearing at Perth Writers Festival and Adelaide Writers’ Week in February.

‘A novel that appears to be one thing, but cracks open to reveal another. A book that plays with ideas about privilege, female rage, creation, happiness, opera, destiny and, of course, marriage.’

I need to read some things related to my project at hand, but can’t tell you what they are, for fear of exposing the project to too much sunlight too soon.

I always recommend Middlemarch by George Eliot. It’s an entire world that changes as I age.

There were so many, but the book that I think made me into a reader was Margaret Mitchell’s Gone with the Wind (Pan), which I tackled in fourth grade when I was nine. When I began the book I hardly understood what was happening, but it’s such a long book, and so gripping, that it taught me how to read in a sophisticated way.

Because Middlemarch is now ghosting my thoughts, I’d hope to be Dorothea Brooke, with all of her openheartedness and idealism.

I loved Sophia Coppola’s The Virgin Suicides, the recent adaptation of Far From the Madding Crowd, and Kubrick’s Lolita haunts my mind, even 20 years after I first saw it.

I love the Paris Review and the New Yorker’s websites.

Hardback, unless I’m taking it into the bathtub, in which case, paperback.

Just as beautiful, strange, and necessary as they are now.