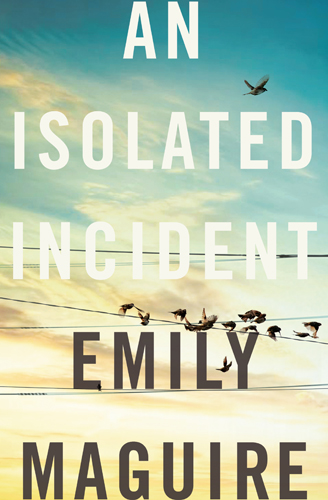 There has been a proliferation of pretty-dead-girl thrillers in the past few years and it shows no sign of letting up. But don’t let the trend fool you into thinking they’re all cut from the same cloth; this one is distinctly better than most. Emily Maguire’s An Isolated Incident begins with the brutal murder of a beautiful woman, but is thankfully free from gratuitous gore and schlocky clichés. Set in the small town of Strathdee, the narrative is split between Chris, the victim’s big sister, and May, the out-of-town journalist who arrives to report on the crime. Chris is a likeable, genuinely complex character. She works at the local pub and occasionally moonlights as a sex worker—making her much more knowledgeable in the violent tendencies of men than her doe-eyed sister. May is equally well sketched, with exactly the sort of self-serving cunning that an eager-to-make-it reporter ought to have. The first half of An Isolated Incident races along at breakneck speed, setting the scene for a big reveal. But—and this isn’t a spoiler—there isn’t a dramatic twist or a neat ending. And perhaps that’s the point: that there are no monsters, only men; and even the most isolated incidents have roots in everyday violence.

Hilary Simmons is a former assistant editor at Books+Publishing and a freelance writer, copywriter and editor