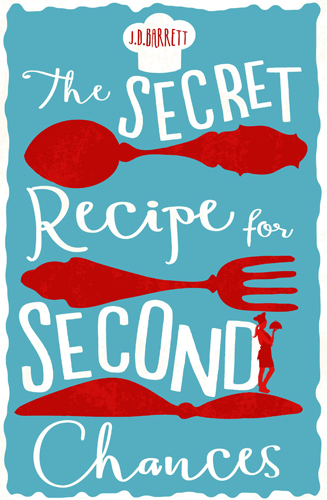 As Lucy’s philandering husband picks his teeth with a fish-bone pulled from a beautifully prepared roasted snapper stuffed with kaffir lime, she decides it’s finally time to leave him. Searching Sydney for something, Lucy is drawn to an abandoned building in Woolloomooloo, which happens to be the shell of Sydney’s once-greatest restaurant, Fortune. Armed with nothing more than her dreams and a little red recipe book she found on the old restaurant’s bookshelves, Lucy decides to reopen Fortune. As she delves deeper into the recipe book, uncovering beautiful old-school French recipes created by former owner Frankie Summers, it’s almost as if Lucy can feel him guiding her. But there are more ghosts from Fortune’s past lurking, and not all of them are handsome nor have twinkling eyes … Television writer J D Barrett is smashing into the Australian fiction scene with this delicious fusion of romantic comedy and drama, peppered with recipes for delicious French dishes. The Secret Recipe for Second Chances is a delight to read: light but not fluffy, with rich characters that will leave you wanting another taste. It will appeal to fans of sweet, slightly magical fiction such as Chocolat, The Time Traveller’s Wife and Like Water for Chocolate.

Louise Fay is the special orders manager at Dymocks Adelaide