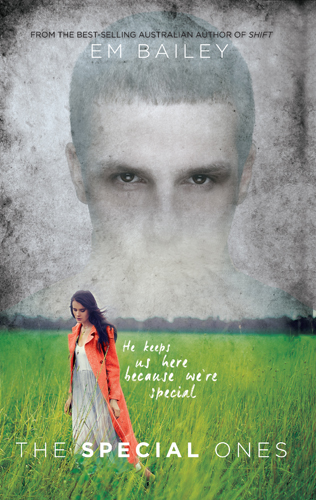 The Special Ones (Em Bailey, HGE)

Four teens are prisoners on an Amish-style estate, forced to discard their true identities to play the roles that keep their online viewers fascinated. Their captor, the mysterious he, monitors their every move, keeping Esther and her companions in a state of terrified hypervigilance. Esther is the focus both of the narrative and his obsessions. Inside she is one thing: a trapped teenage girl who is conflicted by her feelings for Harry, the only boy in the house. Outside she is The Esther: steady and unemotional. The trauma of this split in her identity lies at the heart of her complex character. Em Bailey’s second YA novel is an edge-of-your-seat thriller, and readers of Bailey’s debut Shift will recognise her tendency to use everyday anxieties as her starting point, skilfully increasing the tension until it becomes almost unbearable. Sitting alongside recent books such as Risk and Cry Blue Murder, The Special Ones contributes to the gradual return of the YA thriller. If the appeal of the genre lies in its ability to push boundaries, explore themes with contemporary relevance, and above all, offer readers a thrill that they wouldn’t find elsewhere, then Bailey’s latest fits the bill.