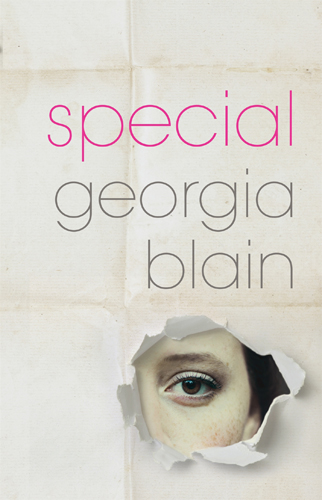 Seventeen-year-old Fern Marlow always thought she was one of the lucky ones—not just lucky, but special. She’s a Lotto Girl: before she was born, her parents won the chance to have her genetically designed by a powerful corporation called BioPerfect. But when Fern is forcibly removed from the prestigious Halston School, where she was being groomed for a life of greatness befitting her genetic superiority, everything she thought she knew about herself and her world is thrown off kilter. Now, in hiding and working as a refuse sorter with a fake identity, Fern begins to discover that BioPerfect isn’t the beneficent organisation she’s always believed—and at the heart of what she learns is the question of what makes her who she really is. This is an interesting departure for Australian author Georgia Blain, whose previous YA novel Darkwater was a murder mystery set in 1970s Sydney. Special is an assured speculative fiction story that emphasises plot over action, tackling the topical issue of genetic design and featuring strong themes of identity and agency. Although it’s a poignant vision of what our future might look like (and poses the very contemporary question of what it means to tell a child they’re special), the novel’s one weakness is its protagonist: Fern’s narrative voice isn’t as engaging or distinctive as it could be. Nonetheless, Special is an imaginative and discussion-provoking dystopian tale suitable for readers aged 13 and up.