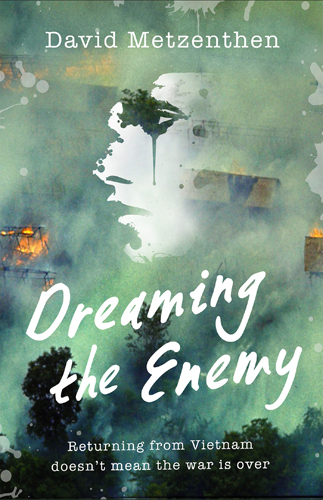 Governments randomly selecting young people, training them to fight and then sending them off to kill is an age-old YA trope. So when the protagonist in David Metzenthen’s novel, Johnny Shoebridge, has his birthdate pulled out of a barrel by a test cricketer, it hit me hard. This really happened. When Johnny returns from the Vietnam War he sets off on a road trip to visit the families of his mates who didn’t make it. Along the way he struggles to deal with the attitudes of his fellow Australians and tries to process his time in Vietnam by imagining the post-war life of a Viet Cong he calls Khan. At the beginning readers are kept as confused about what is reality as Johnny is. When the flashbacks come they’re not dramatic or sudden. They slide in, slowly replacing reality until, without fully realising how, you’re back in Vietnam, laughing with your mates or nearly catatonic with fear. Each of the flashbacks is followed by the same scene from the point of view of Khan. In this way, Dreaming the Enemy is similar to Metzenthen’s previous picture book about the Gallipoli landings, One Minute’s Silence. It is an important book for this reason and more. This is highly recommended for readers aged 14 and up.

Dani Solomon is a bookseller at Readings Carlton