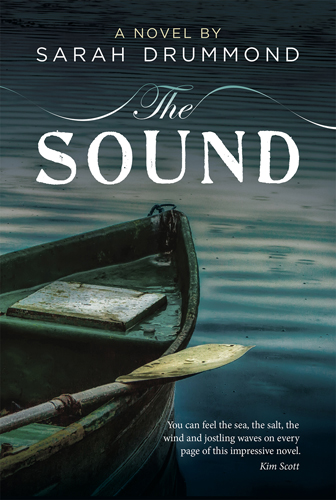 From the first pages of Sarah Drummond’s debut novel—with its descriptively realistic prose—you can tell the author has spent time at sea. In fact, Drummond, who has a PhD in history, has previously written a nonfiction account of her time as an apprentice fisherwoman. The Sound confidently transports readers to the Great Southern Ocean of the mid-1820s. The story is not for the faint-hearted—the subject matter is as threatening and rife with potential catastrophe as the landscape that forms its backdrop. Nothing comes easily for the protagonist Wiremu Heke, a Māori man from Aramoana on the south island of New Zealand. Referred to as Billhook by his English and Australian crewmates, he is on a quest for ancestral vengeance but finds himself on a sealing boat with rough men—and the women they have taken from Australian Indigenous communities. These women are tough, funny and clever, and subjected to awful treatment. The plot meanders a little, but the gritty descriptions of life in these times make this a fascinating read. Based on a true story and clearly grounded in the author’s own experiences at sea, this book is an engaging and thought-provoking read, despite being quite confronting at times.