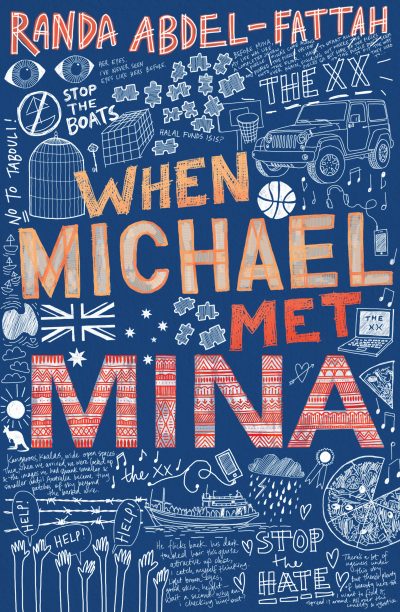 Michael and Mina could not be more different: she’s a ‘scholarship girl’ originally from Afghanistan and about to begin Year 11 at a posh new school in Sydney; he comes from a family with affiliations to a political group who believe in diversity but think all migrants should assimilate. Both Michael and Mina are puzzled by their attraction, and it swings wildly between ‘never-in-a-million-years’ to ‘maybe’. Despite their differences, the weight of expectation is a shared burden; Michael’s parents eventually want him to study architecture (he wants to be a graphic designer), while Mina’s mother wants her to become a doctor or lawyer (she wants to be a journalist). Randa Abdel-Fattah juggles multiple themes (racism, friendships, politics, family and romance) with a remarkably light touch; character development, convincing dialogue and the engaging plot never flag in this story about questioning and redefining your own beliefs and values. This is contemporary YA at its best—a fiery, poignant, provocative book about first loves, the dangers of inherited values and how something as innocuous as buying a pizza can suddenly become a political act.

Either Side of Midnight (Benjamin Stevenson, Michael Joseph)  Fiction