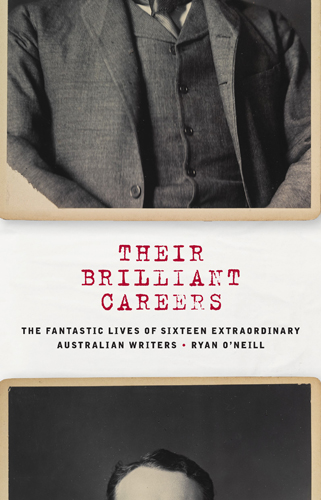 We don’t see much formally innovative, experimental writing in Australian fiction—realist narratives tend to rule the roost. Also rare is genuinely fine comic writing. Enter then Ryan O’Neill, who, with his latest book Their Brilliant Careers, combines both modes in a hilarious alternate history of Australian letters. And what revelations he has unearthed! There was an Australian Nobel Prize winner for Literature before Patrick White (but she was quickly forgotten on account of her being a woman). The author of On Our Homestead never left the suburbs of Sydney. Not a word has survived in print of perhaps the country’s greatest ever writer. And the work of one of Australia’s most revered woman authors was in fact largely rewritten by her dastardly editor husband! I particularly enjoyed the myriad connections that O’Neill draws between all these writers, their spouses and offspring, critics and their publishers over time: the particular inbred nature of the Australian literary establishment, the infamous ‘small pond’, finds here its preeminent cultural historian. I can imagine this book being gifted by grandparents to budding young writers or students of literature, not realising that it’s parodic, but it wouldn’t be to lead those young minds astray. A more colourful and cutting account of the writing game in Australia, containing many a truth about its literary culture, is unlikely to be produced any time soon.

Martin Shaw, formerly head book buyer at Readings, is now a literary agent and book-dude-for-hire based in Germany