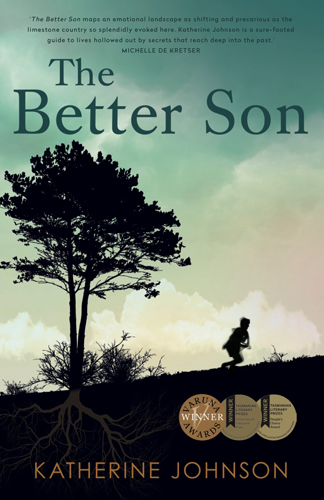 The Better Son begins with the hot Tasmanian summer of 1952, where nine-year-old Kip suffers at the hands of his father, while his 11-year-old brother Tommy is the putative ‘better’ son. Kip shares with his mother a love of poetry and especially Samuel Taylor Coleridge’s ‘Kubla Khan’, so when the two boys discover the Kubla cave in north central Tasmania, it conjures the utopian vision of the poem. At least at first. After disaster strikes, Kip tells a lie that will haunt him throughout his life. In part two, it is 2002, and a grown-up Kip has an 11-year-old son of his own. Despite his accomplishments, Kip is damaged and has to reckon with his past and his family history. Katherine Johnson’s fascinating novel is fairly short but quite meaty. The landscape is so beautifully evoked that you could almost believe the Kubla cave is the protagonist, and readers will feel a need to travel to Tasmania instantly—though, sadly, the acknowledgments reveal that the actual caves in question are not open to the public. Fans of Alex Miller and Michelle de Kretser will enjoy this deep and imaginative story with nuanced and relatable characterisation.