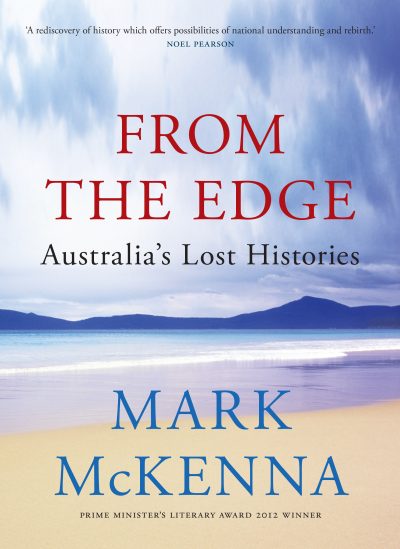 Mark McKenna is one of Australia’s leading historians, notable both for his engagement with contemporary political debates such as republicanism, and his embrace of the narrative and personal style of history embodied by another subject of his writing, the famous Manning Clark. From the Edge presents a series of stories that begin in familiar places, before digging under the surface to find the histories that have been hidden or forgotten. The image of Cook’s spyglass, seeing Australia through a lens, is a recurring poetic theme, as McKenna explores our failure to see and genuinely relate to the continent we inhabit, with its myriad cultures and monuments. Whether it is the history of familiar Botany Bay, or the struggle of Aboriginal people to preserve their cultural heritage from destruction in northern Australia, From the Edge is striking in its ability to fold together the present and the past and illuminate the way in which so much of Australia’s Indigenous and local history has remained neglected. McKenna’s call for Australians to take more seriously the histories of local places and cultures makes From the Edge appealing to readers of politics and history, with those who enjoy the iconic Clark, or the more recent Henry Reynolds, likely to doubly appreciate McKenna’s work.

Aron Paul is a writer and historian