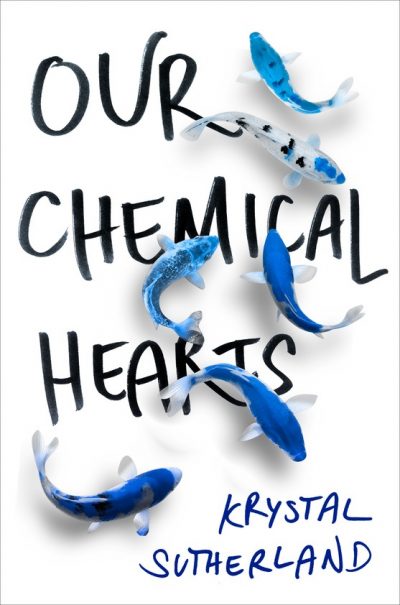 When Henry Page meets Grace Town it’s not exactly love at first sight, but he is immediately drawn to her. Grace is beautiful and damaged and mysterious—she walks with a pronounced limp, wears ill-fitting men’s clothes and disappears every afternoon after school. Henry develops intense feelings for her, but as he starts to learn more about Grace, he can’t tell if he’s falling in love with who she is or who he wants her to be. On plot alone, Our Chemical Hearts could seem too over the top or dramatic. But it is saved by Krystal Sutherland’s writing, which is clean and youthful. It also helps that the characters—not just Henry and Grace, but Henry’s best friends Lola and Mac—are deeply suspicious of the kinds of soap-opera romance that seems to be unfolding between Grace and Henry. The relationship between Henry and his friends also steers the story away from being just a standard romance, and Sutherland opts for a refreshingly realistic ending. Our Chemical Hearts is an easy book to lose yourself in, with plenty of drama to catch your heart and an entertaining cast of characters.

Bec Kavanagh is a Melbourne-based writer, reviewer and schools coordinator for the Stella Prize