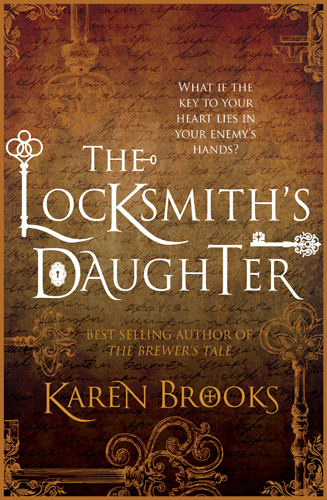 Meticulously researched and historically compelling, Karen Brooks’ The Locksmith’s Daughter transports the reader to 16th-century London, at the height of Queen Elizabeth’s reign, and into the tumultuous world of Mallory Bright. Recently returned to her family’s home following a scandalous and ultimately disastrous elopement, Mallory is a disgrace to the Bright name, and her sullied reputation threatens to destroy her future prospects. Mallory’s lock-picking talents catch the eye of Sir Francis Walsingham, who deftly draws her into his world of espionage and deception—making her a major player in the dangerous war between Catholics and Protestants. Brooks has a talent for building a world that is both familiar and new, weaving historical figures with a fictional heroine who is not afraid of defying both Queen and Country to follow her belief in what is right. Much more than a historical romance, this fast-paced novel is a dramatic spy thriller that shines a spotlight on the inner workings of Elizabethan England. It is a thrilling romp that will appeal to fans of Philippa Gregory with its fascinating take on history.

Kate Frawley is a bookseller and manager of the Sun Bookshop