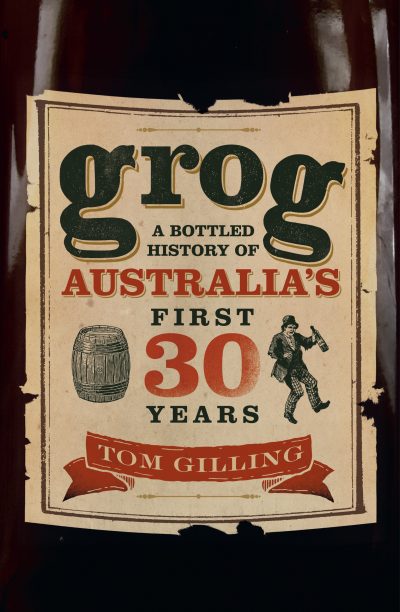 Colonial Australia was born with a drinking problem. Like a lot of the infant colony’s problems, alcohol addiction was inherited from the mother country. Many historical narratives of Australia, most famously Robert Hughes’ The Fatal Shore, claim that almost everyone involved in the colony was permanently sozzled. And who could forget the Rum Rebellion, where Governor Bligh was overthrown because he tried to control booze? Tom Gilling’s engaging and entertaining book shows that reality was much more complex and nuanced. In doing so he also illustrates just how important Governor Phillip was to the survival of the whole colonial enterprise, which in the first few years was very tenuous indeed. However, even Phillip failed to control the demon drink. Grog is admirably researched from primary sources, and Gilling lets voices from the early days of the colony speak throughout his text while clearly pointing out exactly what sort of axe each person had to grind. Readers who enjoyed Under the Influence by Ross Fitzgerald and Trevor Jordan or The First Fleet by Alan Frost will enjoy this book. It adds an interesting new angle to what we thought we knew about our early colonial history.