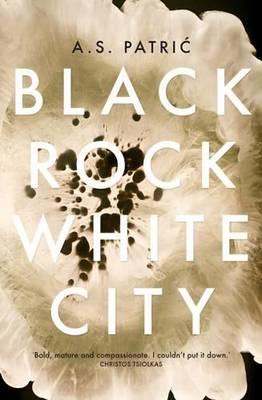 Patrić was announced as the winner at the opening night of the Melbourne Writers Festival on 26 August. He was chosen from a shortlist of five that also included: Hope Farm (Peggy Frew, Scribe); Leap (Myfanwy Jones, A&U); Salt Creek (Lucy Treloar, Picador); and The Natural Way of Things (Charlotte Wood, A&U). The longlist was announced in March.

On behalf of the judging panel, State Library of NSW Mitchell librarian Richard Neville said Patrić’s novel ‘delivers a powerful and raw account of the migrant experience in Australia, exploring the damages of war, and the possibility of redemptive love, in the context of debilitating emotional and physical dislocation’. ‘It is a novel of compassion and challenge, its driving, urgent narrative envelops the reader in one of the great issues of our time,’ said Neville.

Patrić receives $60,000 in prize money. The shortlisted authors also received $5000 each from the Copyright Agency’s Cultural Fund in May.

Transit Lounge publisher Barry Scott told Books+Publishing that he was ‘truly honoured to have a book win the Miles Franklin Award’. ‘We are proud to be part of the independent and small publishing renaissance that is happening in Australia,’ said Scott. ‘Independent publishers now publish a large percentage of Australia’s literary fiction and are supporting new Australian writers telling Australian stories. It is affirming to see this reality being reflected in awards.’

Last year’s award was presented to Sofie Laguna for The Eye of the Sheep (A&U). For more information on the award, click here.