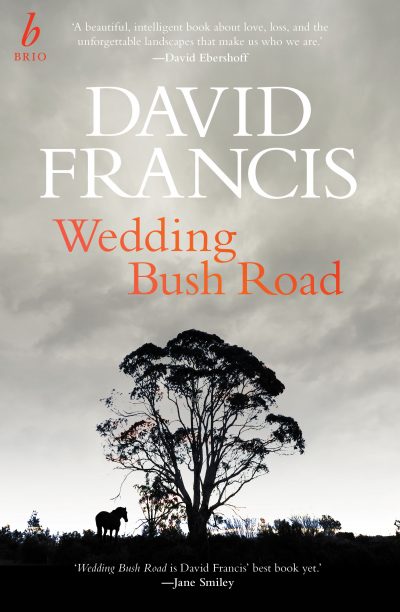 Daniel, a 35-year-old Australian lawyer, leaves his LA base and girlfriend behind to return home upon hearing of the ill health of his mother Ruth. Upon arrival to the horse farm in Tooradin, Victoria, he has to contend with a property dispute: Sharen, his philandering father’s ex-fling, refuses to leave the family land. A disgruntled Daniel wonders why he is even here. Soon Sharen’s wayward teenage son Reggie, and Reggie’s violent father, Walker, enter the fray. And Daniel, who has to be ‘both prodigal son and surrogate husband’ to his mum, becomes embroiled in the whole domestic affair. Wedding Bush Road takes a while to get going, and much is made of the contrast between the urbane slickness of Daniel’s lifestyle in bustling LA and his present rural hideaway. In just the space of week though, he begins to question whether, despite his best intentions, he’s just like his father and the ‘breeds of men who want more than they’re entitled to and end up getting less.’ It’s a story about estranged relationships, sexual betrayal and the pull of the land. That the author grew up in a farm is evident in his treatment of the landscape: clear-eyed and unsentimental but there is not enough depth and breadth devoted to each of his large cast of characters.