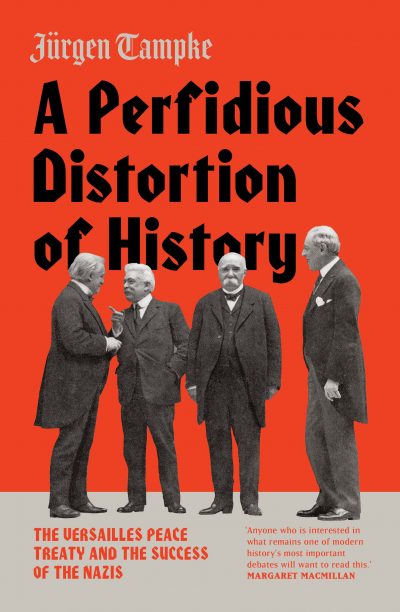 This book from German-born, Australia-based historian Jürgen Tampke is a great example of revisionist history. It’s a popular historical conceit that the end of World War I and the Treaty of Versailles in 1918 begat the rise of the Nazis and the horrors of World War II. Tampke’s well-researched study takes Versailles out of the equation and examines the internal factors of German economics and politics, which he argues ultimately led to the catastrophic events of the mid-20th century. The history in this book is dense, and therefore not recommended for beginners. It will appeal more to readers who are already well-versed in European history during this period, who have read the likes of Ian Kershaw or Neil MacGregor and are now ready to go up a level. This book’s greatest strength is in its ability to stir debate about history—its theories and realities. Readers do not necessarily have to agree with Tampke’s thesis and not all of them will, but if his goal is to start a dialogue, he has resoundingly achieved it with this work.

Lindsay Wilkins is a bookseller for Mary Martin Bookshop