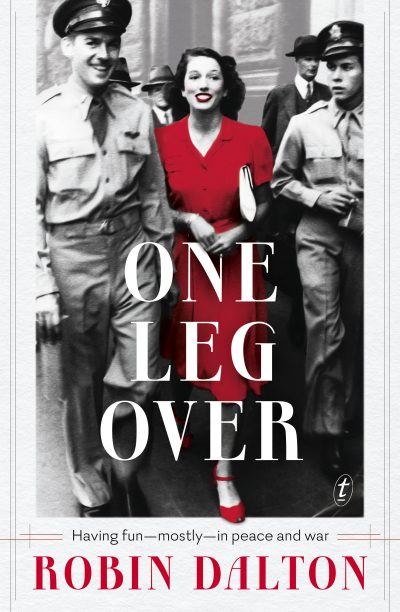 One Leg Over: Memories of Love, Fun and a Few Tears (Robin Dalton, Text)

In 2015, Text reissued Robin Dalton’s 1965 memoir Aunts up the Cross as part of its ‘Text Classics’ series. The book offered a humorous glimpse into Dalton’s bohemian childhood in 1930s Kings Cross. Now aged 96, the former literary agent and film producer has written a second memoir, One Leg Over. The book is a light-hearted account of her adult years in London, where she shirked the constraints of WWII rationing and lived a sumptuous life of revelry and romance with the who’s who of the time. Within the opening pages, Dalton casts a disapproving eye over contemporary celebrity culture. The same criticism could be levelled against Dalton. There’s no denying the Sydney-born expatriate has lived an interesting life abroad, but the flimsy social and historical context accompanying each party and travel anecdote means One Leg Over is not as interesting as it should be for today’s reader. The most engaging sections of this memoir are where she is able to reflect properly on her privilege. Dalton says she regrets the ‘splendid hedonistic disregard for worldly goods’ she inherited from her mother and grandmother, and One Leg Over would have benefited from further candidness and deeper insight into her charmed existence.

Emily Laidlaw is a writer and editor