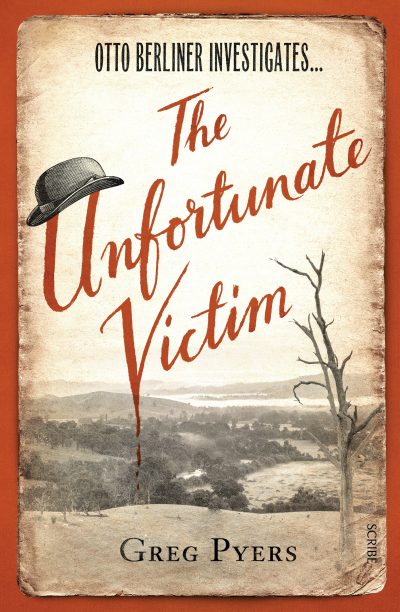 The first book in a new crime series, The Unfortunate Victim follows Prussian detective Otto Berliner as he solves the murder of 17-year-old Maggie Stuart in 1860s Daylesford. This book has a great deal to recommend it, but suffers from one main flaw: it seems to be two very different books in one, with both tones and styles competing for attention rather than supporting one another. The novel starts as a dark, expansive crime story, an exploration of character and the seedy underbelly of a small town. The wide cast of Daylesford locals introduced in the lead-up to the discovery of the murder is reminiscent of The Luminaries, which is, of course, a great compliment. With the introduction of protagonist Berliner, however, the novel shifts. Berliner’s traits and attitudes feel more at home in a cozy crime or a quirky, light-hearted detective novel, one with humorous character quirks and whimsy aplenty. Again, a compliment, as I love cozy crime as much as I love gritty, darkness-beneath-the-surface explorations of communities. However, it would take a much more confident hand than Pyers’ to pull off both at once and ultimately the novel falls short of its initial potential, reading like two disjointed halves of great novels that have been pasted together to create something much more average.

Isobel Moore is a bookseller at Readings