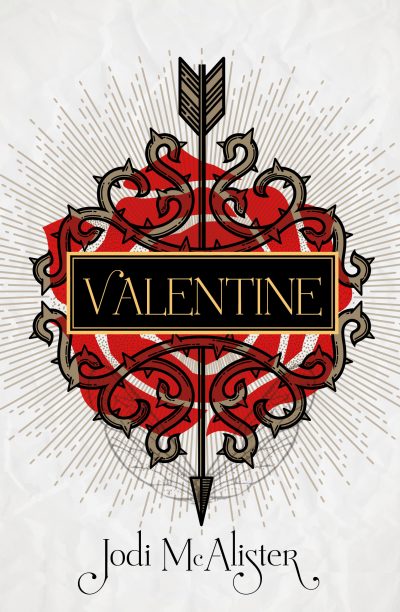 A strange, black-as-midnight horse appears during a party. Frustratingly good-looking Finn throws a horseshoe at it, scaring it off before Marie can pat it and adding to the list of reasons why Pearl has hated Finn her whole life. That same night Marie goes missing and only select body parts are recovered. When the horse reappears in Pearl’s yard and leaves her in a coma for three days—only to wake again at Finn’s touch—Pearl starts to wonder if something supernatural is behind all these sinister happenings. She soon discovers that fairies known as the ‘Seelie’ and their wicked kin, the ‘Unseelie’, are hunting for a fairy changeling known as the ‘Valentine’. While Pearl believes Finn is the real ‘Valentine’, the two supernatural forces suspect Pearl, so she maintains the façade while trying to work out how to stop the fairies before more people die. This supernatural thriller is slow to start but picks up as the body count rises and the otherworldly creeps in. However, at times it is hard to stumble through Pearl’s teenage lust for Finn, which she both revels in and chastises herself for. Fans of urban fantasy aged 13 years and up will find themselves quite at home with this debut novel from Jodi McAlister.

Michael Earp is the manager and buyer for the Younger Sun