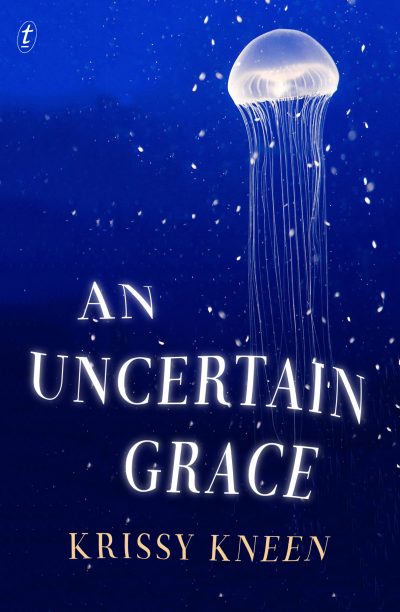 An Uncertain Grace is a powerful story told in five parts through the eyes of five characters from the present day to a post-climate-change world that is 100 years in the future. Erotic, confronting, imaginative and disturbingly real, it explores sexual power, interpretation and therapy; Artificial Intelligence; and gender identity. Liv is the narrative conduit, connecting each part of the novel and the lives of each of the characters—in the near future, Caspar, a university professor who experiences the painful truth of his past transgressions with a student when he lives the relationship through her eyes; Ronnie, a convicted paedophile who undergoes experimental therapy to cure his temptations; Cameron, an AI creation who exists to monitor the urges of sexual deviants but begins to question his reason for being; M, a woman in the final stages of gender transition; and finally a century later, Liv herself, who upon death transcends the physical world and exists through others. Not for the prudish reader, but certainly appealing to readers of Kneen’s other works (The Adventures of Holly White… and Triptych: An Erotic Adventure), An Uncertain Grace is a highly provocative read that masterfully offers thoughtful speculation on the future of technology, memory and sexuality.

Kate Frawley is a bookseller and manager of the Sun Bookshop