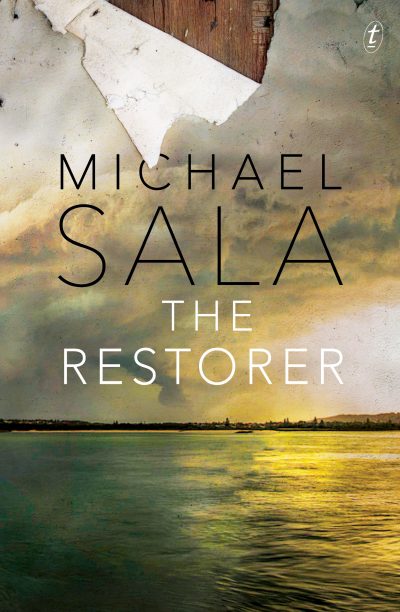 In Newcastle author Michael Sala’s second novel, set in his hometown in 1989, a young family of four arrives from Sydney under strained circumstances. The coastal house Roy has bought is more derelict than his wife Maryanne and children had expected. The family has only just reunited with their father following an incident that later becomes known to the reader. Every relationship between the family members is frayed, and the tension is drawn out in small conflicts over the course of the year, with characters unable to forgive past actions that others want forgotten. These small actions build to a violent climax that justifies the dread and unease that is felt on every page. Chapters written from the perspective of the teenage daughter, Freya, are particularly tense with adolescent vulnerability, although at times the dialogue feels unconvincing. The Restorer examines some similar themes to Sala’s first book, The Last Thread, but from a different approach, with shifting perspectives and a wider scope of characters. It’s recommended for readers of literary fiction who appreciate exploring the darker realities of Australian life now and in our not-so-distant past.

Brad Jefferies is the news editor at Books+Publishing