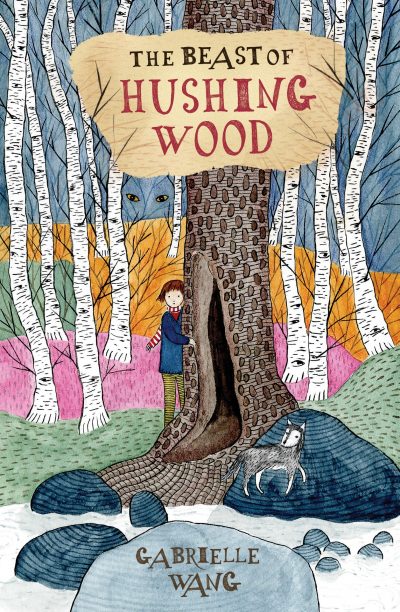 Ziggy Truegood isn’t looking forward to turning 12, and with a very good reason: every night for the past month she has dreamt she will drown on her birthday. With such a dire premonition weighing her down, Ziggy wishes she could confide in her wise Grandpa Truegood, but it’s as though some sinister force has stolen his mind and left behind an empty shell. On top of that, the once-friendly people of Dell Hollow have started to turn against each other, and the timing just so happens to coincide with the arrival of a strange new boy named Raffi. Is he the cause of the conflict, or does his presence instead hold the key for Ziggy to unlock the true meaning of her portentous dreams? The Beast of Hushing Woods is a lyrical, dreamlike fable for confident readers aged 10 and up. Gabrielle Wang marries snippets of Eastern mythology with a setting reminiscent of the Appalachians, while creating a place wholly its own—a world of silver foxes, thousand-year-old trees and mystical spirit animals. This is a must-read for fans of Isobelle Carmody’s ‘Little Fur’ series, and a perfect introduction to the magic realism genre.

Holly Harper is a bookseller at Readings