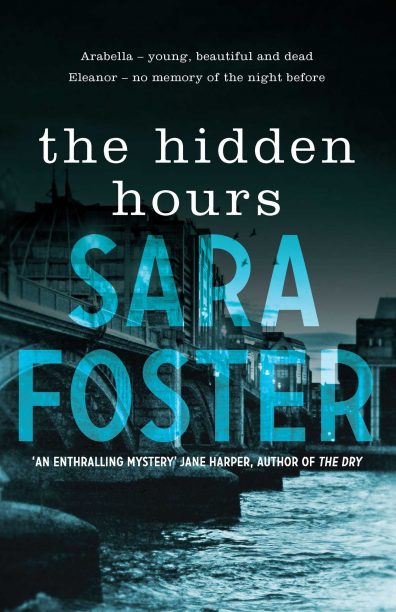 Arabella Lane is a beautiful, successful publishing executive whose body is found in the Thames following the office Christmas party. The last person to see Arabella alive is Eleanor, who has escaped a traumatic childhood in outback Australia and moved to London to work as a temp for her aunt’s publishing house. Was Arabella pushed or did she jump? Only Eleanor holds the answers, but she has no memory of what happened in the hours leading up to Arabella’s suspicious death. With this premise, Sara Foster has created a suspenseful and well-paced tale, satisfying the reader’s curiosity in teasing increments. In attempting to retrieve her lost memories, Arabella navigates her past, her new life in London and her secretive British family. The Hidden Hours shifts effortlessly between the past and the present in a tautly structured novel that explores themes of guilt, despair and loneliness. At times the prose is slightly overwrought, but as the book progresses, Foster’s increasingly deft writing and plotting pull you into the story. The Hidden Hours will appeal to readers of Foster’s previous novels (Come Back to Me, Beneath the Shadows and Shallow Breath) and crime lovers in general, as well as fans of authors of domestic psychological novels such as Liane Moriarty.