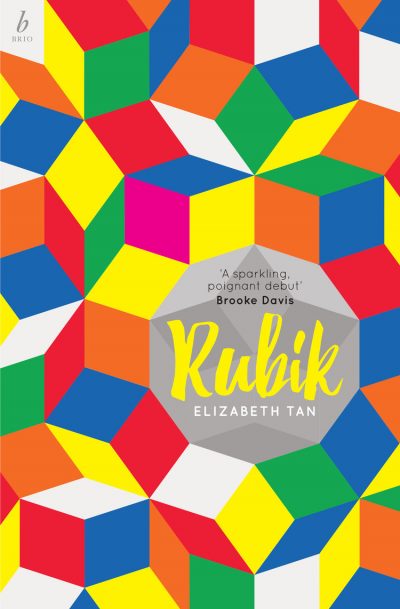 In Elizabeth Tan’s debut novel-in-stories, the untimely death of young Perth woman Elena Rubik tears a hole in the fabric of reality, and the reader is thrown into a sprawling world of shady corporations, sentient memes and hackable bodies. Threaded throughout these fast-paced and brain-bending plotlines are moments of poignancy and pure delight involving five-cent pieces, Japanese cartoons and fan-fiction forums. The novel culminates in an Inception-like metanarrative that both epitomises and undoes Tan’s grand experiment, bringing together a lonely schoolboy’s search for his disappeared piano teacher, a voice actor’s lost cat, a complex and sinister plot involving a student reporter, a cult novel, a catalogue model and a Rube Goldberg machine. Conceptually and structurally breathtaking, Tan’s novel darts between layers of time, space and reality—fictions within fictions that seem disparate at first but later reveal themselves as inextricably linked. Tan has constructed, fittingly, a narrative Rubik’s cube, jumbled flashes of colour that slowly click into shape. Recalling the wit and social commentary of Julie Koh’s Portable Curiosities alongside the surreal connected-universe storytelling of Jennifer Egan’s A Visit from the Goon Squad, Rubik is a shot in the arm of Australian fiction, one that will undoubtedly reveal more secrets on successive rereads.

Alan Vaarwerk is the online editor for Kill Your Darlings