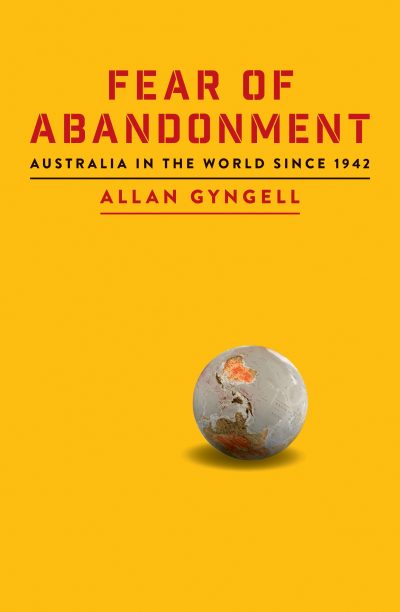 Fear of Abandonment: Australia in the World since 1942 (Allan Gyngell, LTUP)

Allan Gyngell has written Fear of Abandonment with detail and insight drawn from a long career in foreign policy, from diplomat to intelligence advisor. It examines Australia’s involvement with the world since World War II—a timely subject given the current threats to the post-war world order—and is written in a style that is illuminating for readers with little knowledge of Australian history and international relations, but with enough analysis and insight to interest students as well. The central thesis, that Australian foreign policy is driven by attempts to maintain the involvement of its powerful friends in world affairs in order to stave off the problem of its isolation, is not new, but it is underappreciated in a country where the public is used to following events through the eyes of those great friends rather than our own. In the vein of defining books such as Geoffrey Blainey’s The Tyranny of Distance and Paul Kelly’s The End of Certainty, Gyngell tells a ‘big picture’ story. Its breadth and focus, especially on the personalities and problems of our recent turbulent politics, will also appeal to readers of politics and current affairs.