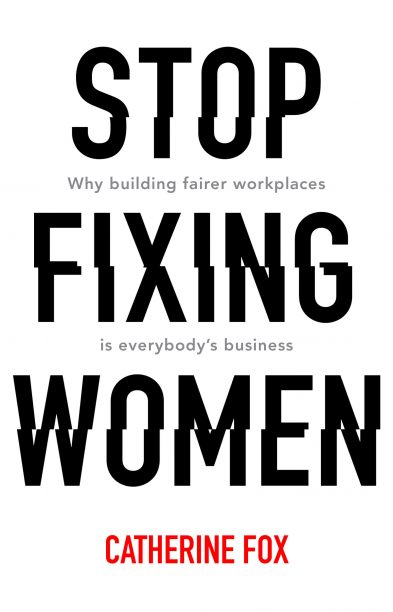 Catherine Fox’s new book explores the longstanding issue of gender imbalance in the workplace, interrogating ingrained myths and assumptions about why this problem persists. She looks at what she terms the ‘deficit model’, which implies that women are somehow responsible for their own lack of professional traction—through not being assertive, not ‘backing themselves’ and so on—and that they are therefore responsible for fixing it. And she offers with a radical assertion: don’t fix women, fix the system, placing the onus onto men as agents of change. In each chapter she makes a case for systemic changes to create equitable workplaces: flexible hours (for men and women), hiring procedures that limit human bias, and the introduction of targets, for example. She also explores how the current model has given rise to the gender pay gap, and the backlash experienced by women caught in the lose-lose scenario of being confident and assertive, and then cautioned against being aggressive and bossy. The casual reader may be overwhelmed by the rigour of Fox’s research, but professionals will be interested to know how their own workplaces match up, and fellow researchers and journalists will find Fox’s case studies, interviews and arsenal of statistics a compelling and insightful read.

Jenni Kauppi is an editor, critic and bookseller