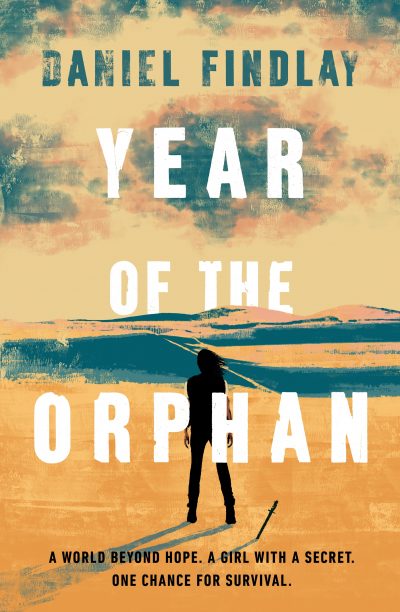 There is a lot of post-apocalyptic fiction being published at the moment, and while we’re probably reaching saturation point, Year of the Orphan is definitely worth reading. In a desolate future where the Australia of today is a long-forgotten memory, a small community of people eke out an existence in the desert. Most of them live in the walled town called The System. Orphan is one of the ‘scavs’ who ventures out to dig among the ruins. She has been in The System since she was a child, but she knows something that no-one else does, and she is the only person who can stop the return of a horror from the past. Daniel Findlay’s writing style is unusual; Orphan is only partially literate, and while the novel is written in the third person, the grammar, punctuation and spelling mimic the way Orphan would write. Findlay’s experimentation adds sincerity to the story, though some readers may find it off-putting. Year of the Orphan is reminiscent of the film Mad Max Fury Road, not just for the Australian-ness of the setting, but also the avoidance of problematic tropes, while Orphan’s philosophical introspection will remind some of Z for Zachariah. This book is stylistically brave, with a protagonist you’ll care about almost instantly. Though it’s tagged as adult fiction, it will appeal to teenagers as well.