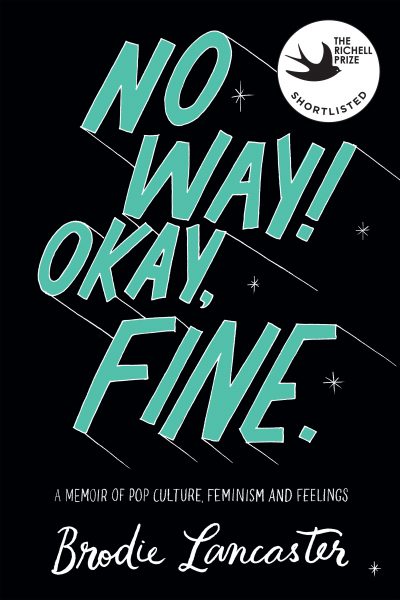 A coming-of-age story with a fierce, feminist heart and a broad sense of purpose, Brodie Lancaster’s debut memoir No Way! Okay Fine is narrated through a series of chronological yet distinct standalone chapters. Complex themes, from body acceptance and internalised misogyny to performative grief and disavowal of religion, are rendered in a strikingly honest and accessible way. Lancaster’s conversational writing style and pop-culture analogies give the memoir a humorous undercurrent and cultural reference points that are at once relatable and profound. At its heart, this memoir is an unapologetic homage to fangirls and the ‘largely scorned act of fanning’. In a world where female desire is often overlooked or dismissed, the act of a woman adoring something unabashedly and without restraint is a political statement in itself. By relating her experiences and feminist awakening through the prism of pop culture, Lancaster elevates the very thing that women are often derided for loving and uses it to deconstruct and understand the world around her. Razor-sharp, captivating and instructive, No Way! Okay, Fine will appeal to feminist readers and lovers of pop culture.