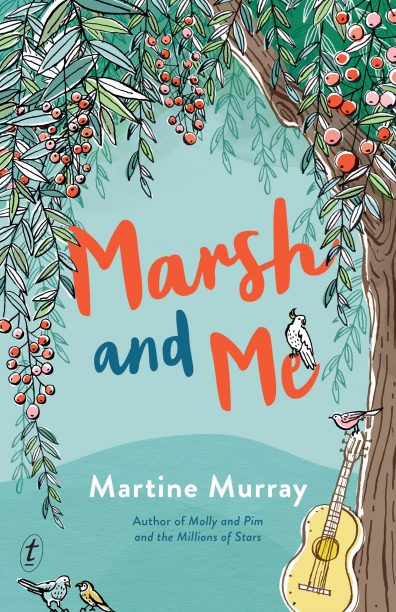 Marsh and Me (Martine Murray, Text)

Joey Green is a nice, sensitive boy. He’s a bit of a loner, lacking in confidence and trying to find a way to fit in at school. One day, he discovers an unusual girl in a treehouse behind his house who tells him stories about a fantasy realm, the ‘Plains of Khazar’. She won’t tell him her name so he calls her Marsh (short for Martian) and the two tentatively form a friendship. When Joey follows her home one day, he discovers the reality of Marsh’s life with her widowed father, and while it’s not a horrible life, it’s a terribly sad one. It’s not until Joey’s father explains grief to him that Joey is really able to understand the bizarre way that Marsh and her father are living. This is a story of an unlikely friendship, a common theme in children’s books, but one that feels refreshing due to how nice these children are. Joey’s classmates at school are good kids, his parents are decent and Joey himself has a highly developed moral compass and sense of duty while still remaining believable. Martine Murray (Molly and Pim and the Millions of Stars) captures the sadness of Marsh and her father’s lives without wallowing in it. Joey and Marsh’s story is both reassuring and encouraging for children aged eight and up.