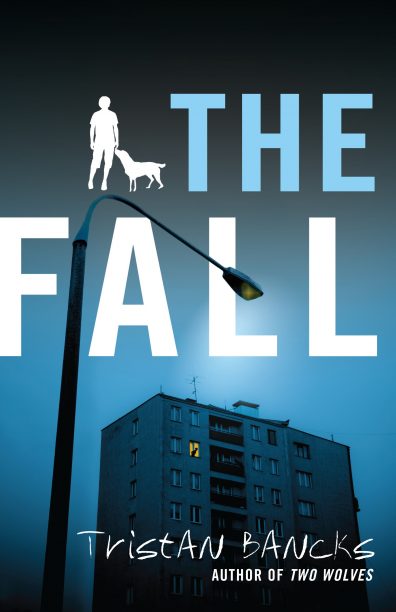 Following an operation to ease his scoliosis, 12-year-old Sam Garner secures the chance to stay with his father Harry (never ‘Dad’) in the city, to better understand and get to know him. Unfortunately, Harry’s job as a crime reporter keeps him from spending time with his son, so Sam fills his time instead writing his comic book series, ‘Harry Garner: Crime Reporter’, creating a heroic image—an ‘alter-ego’—of his father that he wishes to be true. When he witnesses a body falling past his window one night and is pursued by a mysterious man, crutch-wielding Sam must keep himself safe and investigate the crime, all the while trying to find Harry, who, coincidentally, was nowhere to be found when the fall happened. As with his previous book Two Wolves, Tristan Bancks intelligently imbues The Fall with themes of family, male connection, resilience and mortality in an engaging, action-filled coming-of-age story that explores what it means to be a hero. Fans of Gabrielle Lord’s ‘Conspiracy 365’ series who are after a standalone mystery with much more to discuss and reflect on will thoroughly enjoy The Fall. It’s suitable for ages 10 and up.

Braiden Asciak is a bookseller at Book Bonding in Melbourne