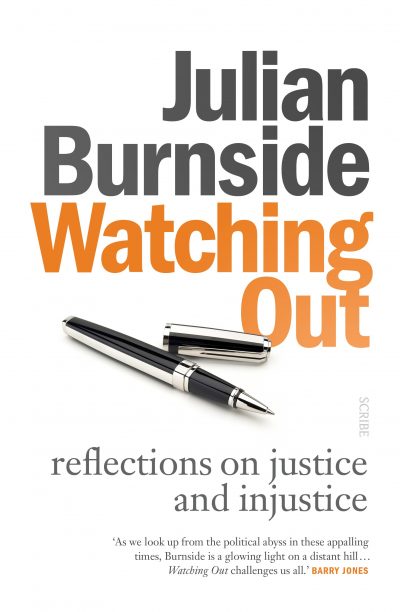 Julian Burnside is well known to those who follow refugee policy and human rights issues in Australia. In Watching Out, a successor to the earlier volume Watching Brief, Burnside examines a broad range of legal and moral issues. The book starts out with a history of our legal system. The Magna Carta of 1215 put restraints on the power of kings, which paved the way for our current system of parliamentary democracy with its three chapters of government—legislative, executive and judiciary. Burnside explains how our court system works and why barristers defend the seemingly indefensible (the cab-rank rule means barristers must take these cases). The second half of the book examines contemporary issues from a legal perspective, such as asylum seekers, the Stolen Generations, the question of a bill of rights, euthanasia, ASIO’s secrecy and so on. A fascinating and candid chapter discusses the hate mail Burnside has received due to his human rights advocacy. Amazingly, he replies to all emails with indefatigable politeness and even manages to move rigid opinion. Watching Out is a reassuring guide to Australia’s legal system, making plain how it works (and regrettably sometimes fails), while also providing considered commentary on the weightier moral issues facing the nation.