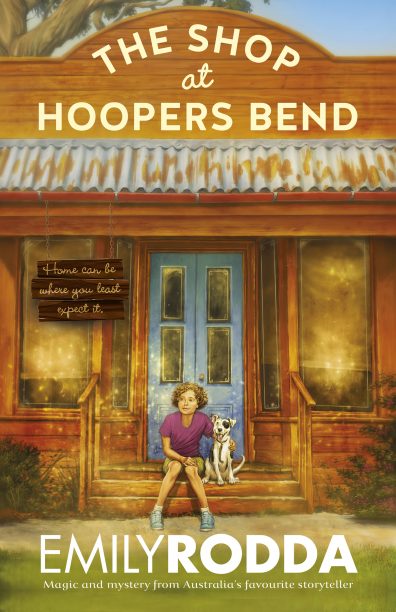 Emily Rodda is a household name in children’s literature. While her younger fans will be familiar with her fantasy realms, her new book has more in common with her earlier work. Eleven-year-old Jonquil is an orphan who just isn’t in sync with the people around her. On the train to summer camp, Quil feels a surprising urge to get off at the wrong stop, and finds herself at an old shop in Hoopers Bend. Here she meets Pirate, a plucky dog, and Bailey, a reserved older woman, who are also strangely drawn to the shop. There are no dragons or mythical realms in this book; the magic here is about following your instincts and finding a place where you belong. Rodda is a master storyteller and her flowing prose paints a detailed picture of the community at Hoopers Bend, as well as her characters’ interior worlds. Although there are no magical riddles, Rodda skilfully weaves together all sorts of secrets, from the sinister plotting of developers to the personal mystery of what happened to Quil’s parents. This is a beautiful, compelling story for children aged eight and up.