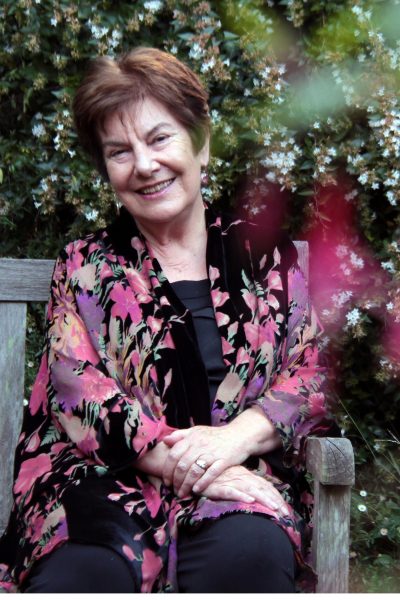 Quiet Magic: Emily Rodda on ‘The Shop at Hoopers Bend’

Emily Rodda’s latest novel The Shop at Hoopers Bend is a return to the author’s earlier books, where the magic is ‘about following your instincts’ rather than fantasy realms. Fay Helfenbaum spoke to the author. (Read her review here.)

You’ve written books set entirely in fantasy worlds as well as books with magic but set in our world, like The Shop at Hoopers Bend. What is different about writing these two types of books?

In a way, there is no difference—both depend on strong, well-developed characters and a good story. There are obvious technical differences, though.

If a story is set in a world of your own creation, your challenge is to make that world interesting, consistent and utterly believable, so your readers feel they know it and are living in it as they read. After that, it’s liberating. Your characters, no matter how young they are, can act with an independence that might be difficult in our world, for example. Magic can be part of everyday life. Strange laws and customs, weird plants and animals, can be easily encountered. Opportunities for high adventure are endless.

The challenge in writing a story of magical reality is much the same in the sense that you have to describe a world, but this time it’s a world that the readers must recognise as their own, so you have to be accurate. Then you have to discover the magic or potential for magic hidden in secret pockets of this world, and take your readers along with you in believing in it implicitly. It’s a more difficult process, but I find it extremely satisfying.

In the book Quil classifies the people she meets as being made of different types of stardust. Where did this idea come from? What kind of stardust would you be?

I’ve always found it fascinating that a few people you meet you like and feel at home with instantly, some people take a while to work out, and a few you dislike more or less on sight. Places are the same. I used to think this was chemistry. But when, like Quil in the book, I heard that everything on earth contains the dust of old stars, I decided that this was my answer. I can’t really reply satisfactorily to the second part of your question because we can’t choose our stardust—we’re born with it—and anyway, unlike Quil, I’ve never tried to classify myself. Too revealing altogether!

The Shop at Hoopers Bend is full of mysteries that all come together in the end. How do you keep track of and interweave all your plots?

Since I’m living in the book while I write it, this is never a problem. It’s no more difficult than keeping in my head all the stories, encounters and mysteries of my neighbourhood while continuing with everyday life. I don’t need to keep elaborate charts or plans. I just follow all the stories through to their natural conclusion.

This book has important non-human characters such as Pirate the dog and the shop itself. How is it different from creating characters?

For me, Pirate and the shop are not very different from human characters. They just have a different kind of intelligence.

The shop in this book calls out to Quil, Bailey and Pirate. How important do you think it is to find places where you feel that you belong?

I think you’re lucky if you find ‘your’ place. I’ve felt instantly at home in a few places—Cornwall, in the UK, where I later discovered my ancestors had come from; King Island, off Tasmania, for no reason I know of (except stardust); and our valley in the Blue Mountains, west of Sydney, where I felt a definite tug of recognition that still persists.

I’ve just had a great time treating myself to a re-read of the classic mystery The Woman in White by Wilkie Collins (various imprints).