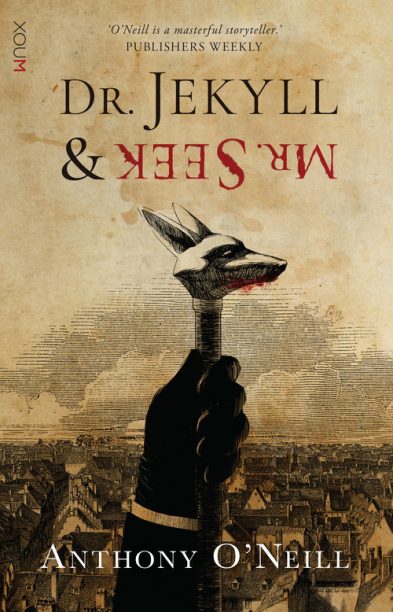 Seven years after the death of Edward Hyde and the mysterious disappearance of Dr Henry Jekyll, the people of London are amazed to find that the brilliant scientist has returned. However, his faithful lawyer Mr Gabriel Utterson is unconvinced as he knows the secrets around Hyde’s death. Utterson believes he can expose this imposter, but the new Jekyll’s persona is so well replicated, even his closest friends cannot tell the difference. Utterson’s loyalty to his employer is pushed to the limits as he is loath to reveal the secrets of Jekyll’s double identity. As bodies are discovered, Utterson is forced to question his own sanity, and starts to fear for his own life. His desperation as more Londoners fall for the imposter’s ruse is palpable. This novel by Anthony O’Neill recreates Robert Louis Stevenson’s London convincingly; characters and scenery are dark and gloomy and his dialogue is true to Victorian London. Much of the story is dialogue driven, and the rapid fire, question and answer interrogations maintain the driving momentum of the mystery. Dr Jekyll & Mr Seek will appeal to readers who enjoy reworked classics, such as Anthony Horowitz’s Moriarty or the ‘Hogarth Classics’ series.

Louise Fay is the special orders manager at Dymocks Adelaide