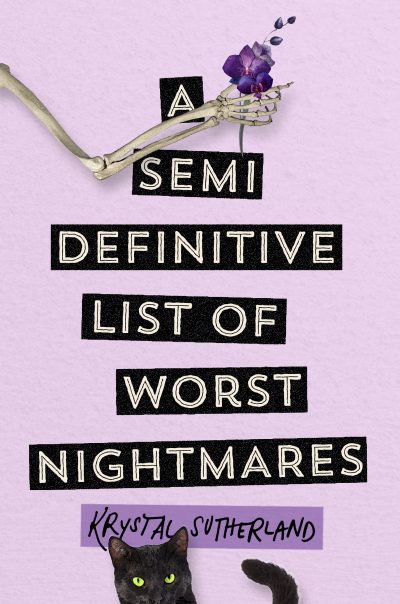 This is a touching, hilarious and relatable book for older teens about depression, anxiety, facing your fears and learning to accept help when you need it most. Seventeen-year-old Esther’s life is dominated by her semi-definitive list of 50 worst nightmares and the curse on her family to be killed by their greatest fear. Accompanied by her twin brother, who is deathly afraid of the dark; her best friend, who is a mute not-quite ghost; and the boy who broke her heart when she was eight, Esther attempts to undo the curse by facing each fear on the list. Krystal Sutherland deftly balances nuanced conversations about dark topics such as suicide, mental health, domestic violence and addiction, with happier topics such as first love, family bonds, YouTube fame and pop-culture references. Though there are ghosts, curses and Death as a character, this book is a contemporary novel. The fantasy elements are all either a product of the protagonist’s overactive imagination or left open for readers to decide. A Semi-definitive List of Worst Nightmares is suitable for readers comfortable with violence; it includes self-harm, a suicide attempt by a main character and physical abuse of a child by a parent.